I guess that username, email, password, country, and dob (date of birth) are self explanatory. The server responds with either a reply that there was an error or with a new user id. A registration is unsuccessful if either the email or the password do not match or if the username is already taken. The error code is encoded as the following message:

A successful registration contains a correct status and a new userid:

After downloading the files I had to parse them using some script foo. A dirty little python script {link file} did the trick. As I wanted to do some heavy number crunching and I did not want to spend days reevaluating the same data over and over again I imported all the logs directly into a not so small MySQL database. The database has the following layout:

The complete import, i.e., parsing, formatting, MySQL import, and index generation took a couple of hours. Due to weird formatting I lost some accounts during the import, so the numbers are a lower bound to the total numbers.

With so many raw data sets (5290696 registration attempts led to 1202040 unique user accounts) it is hard to work with text files only. So the MySQL database was a good choice to start with. One of the most interesting analyses is the password analysis. Andres already published a breakdown of the passwords in his blog and the full results on pastebin. I assume he filtered the raw data for the raw passwords. Using a database I have the advantage that I can select more detailed combinations of data. In the following analysis I will look at country specific details, registration attempts, email addresses, and the age distribution of the YouPorn users. 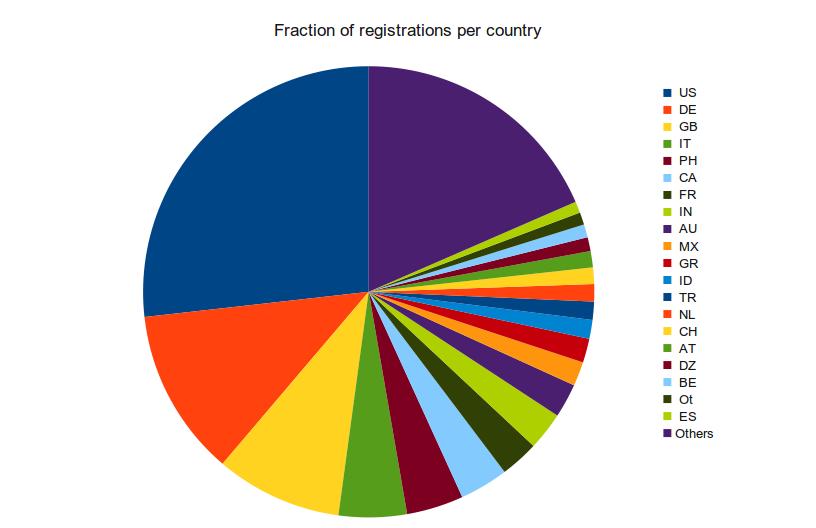 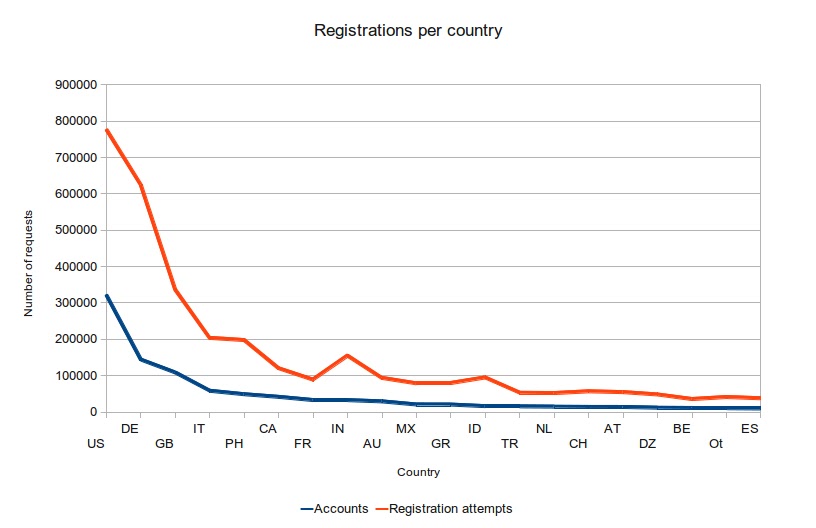 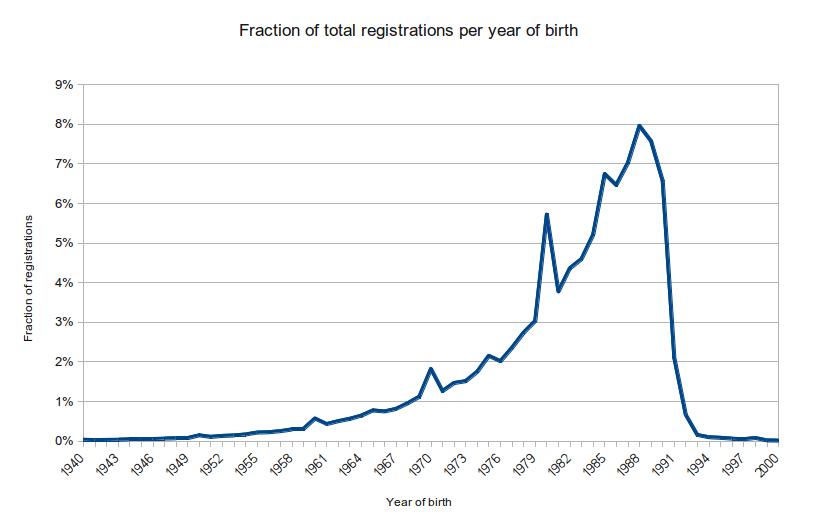 The graph shows that there is a high rising edge around age 20 that drops off slowly. The question remains if younger registrants just enter fake birth dates or if they do not register at all. Apparently the website did not impose any age restrictions as the year of birth span starts in 1908 and goes up to 2007. Unfortunately real work calls right now, stay tuned for more results!